Oscar Maroto Seminario is the full name of the photographer who has a semi-hidden plaque in the Las Hoces del Duratón Natural Park, one of the most beautiful places in Sepúlveda, in the province of Segovia. I had been searching for information on the unknown photographer for five years until last year, before the pandemic, I got the answer. I hope this article serves to recognize him and that all those who walk in those places pay him a sincere tribute with their camera.

A long time ago I wrote an article on my blog about a mysterious plaque that I found in the middle of the route of the Talcano bridge. It is a path that runs alongside the Duratón River under 50-meter walls accompanied by the flight of vultures that soar through the sky.

At the beginning of the path any attentive walker can find a plaque with an inscription:

Than a playful breeze

wherever the flower dares. 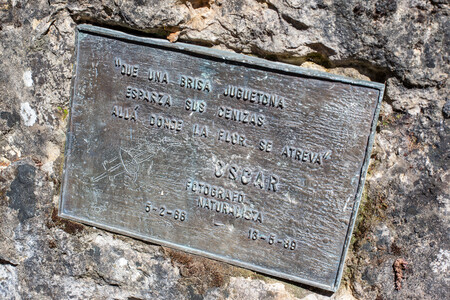 The plate of the Hoces del Duratón

There is no more data. No surnames, no places. Only two dates that count the early death of a photographer. As I told in the article, I tried to discover who he was, what he did, why he had a plaque in one of the most beautiful natural parks in Spain. It was impossible. I spoke with the mayor of the time, with the workers of the ‘Casa del Parque’, with the one who knew the trails best … Nothing. 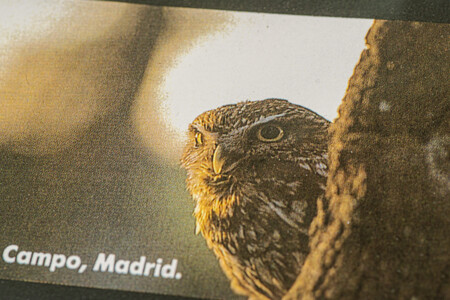 One of the photographs by Oscar Maroto Seminario

As chance would have it, over the years, he would get to know the owners of those lands. And unfortunately for me, they didn’t know anything about Oscar’s story, either. Everything changed last year.

Last year, just before the pandemic, the nephews of Oscar’s mother contacted me. And I didn’t believe it. They had found me through the second article I wrote on the subject, here in Engadget Foto.

As soon as possible I contacted her. On the other end of the phone I met a lovely woman, Oscar’s mother. She was strong enough to remember those years and recover the figure of her son.

I will never be grateful enough to a person who, without knowing me at all, told me everything about the naturalist photographer whose name I only knew from a plaque in a remote place and whose history no one knew.

Oscar Maroto Seminario wanted to be a bird. I wanted to take to the skies like them. With her first camera, a gift she received on her 15th birthday, she discovered that she could approach them in a different way.

Oscar Maroto Seminario wanted to be a bird. I wanted to take to the skies like them

He was subscribed to all the associations dedicated to nature and avidly read the magazines of the time to learn and discover all the secrets of animals. He was one of those patient people capable of going into a hide to achieve a unique photograph without worrying about the passage of time.. 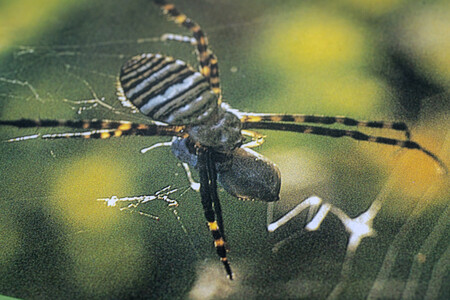 One of his greatest joys was being the author of the cover photo for number 9 of ADENA’s ‘Panda’ magazine (Association for the Defense of Nature). A macro of an argiope, a beautiful garden spider.

His future as a photographer was becoming clearer and clearer and after compulsory military service, he came to work with Peter Müller, one of the most renowned horse photographers.

Everything was cut short on May 13, 1989, 32 years ago today. He wanted to go to Rivas Vaciamadrid, a town 15 kilometers from the city, to photograph a kestrel nest that was on top of an electrical conduction support. It was a spring day and he died at the foot of the tower. 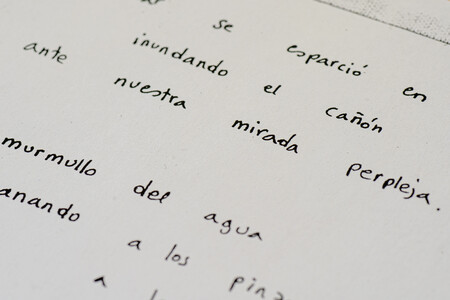 One of the verses that his friends dedicated to him

The funeral was on May 16 in the Hoces del Duratón, when it was not yet a natural park. His friends took the ashes to this place because he expressed it at the time, he wanted to be close to the vultures. And they decided to place the plate for future generations. 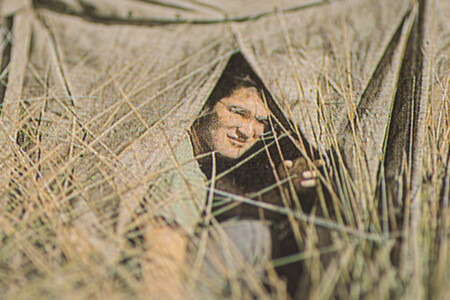 The pandemic has prevented us from meeting more times, knowing your child’s work more thoroughly. These are things that cannot be done with the coldness of a telephone. When everything passes it will be time to delve into the work of a photographer who left too soon. Someone who had such a passion for what he did has to be remembered.

And I sincerely believe that all of us who love photography would have to look for the plate, on the way to the Talcano bridge, and take a shot with our camera at the birds that are soaring in the sky at that moment. I can’t think of a better way to remember Oscar.

PS: Thank you very much to your mother for the two days that we were able to gather around the memory of Oscar. When all this happens I want to go back to Duratón and take that photo. And of course meet her again to remember.

'Asperones. The forgotten dignity ', denouncing the forgetfulness of a Malaga neighborhood and its inhabitants, by Paco Negre

Which is better a TV or computer monitor?

What is the best doggie camera?

Can I use a regular backpack as a camera bag?