That NASA itself notices a photo of you and the name “Astronomical photo of the day” is a privilege that the Valencian Toni Sendra has achieved thanks to ‘The Omega Sun‘. A spectacular image that shows a sailboat sailing right where the sun is rising causing what is called the ‘Omega effect’. We we have talked to him and he has told us how he got this fabulous snapshot that, of course, was not the result of chance.

The National Aeronautics and Space Administration itself (that is what the acronym NASA means) explains on the page ‘Astronomy Picture of the Day’ (which since 1995 publishes a daily photo to help discover the Cosmos) that “capturing this sunrise took both luck and time“. First because of the need to perfect timing to capture the sailboat cruising just before the rising sun; second by the “lucky coincidence“that the sun has the shape of the Greek letter Omega (Ω). 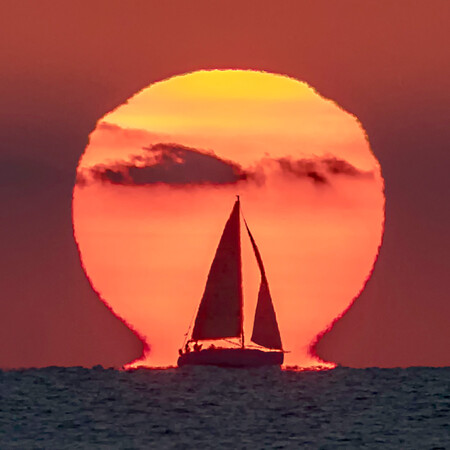 The Omega effect in a little more detail.

A rather peculiar effect that makes the sun appear to have some kind of feet (it is actually an inverted image of the sun itself) and is caused by sunlight refracted through the hot air, just above the water. But beyond how spectacular the photography is and that it is a perfect example of this effect, the most interesting thing for us is to know how he could do it, how he managed to get the sailboat in that place and what equipment he used.

The story behind the photo

That is why we contacted the author, an official by profession and amateur photographer, who (apart from confessing that he is a reader of Xataka Foto) kindly told us the details of the image: “The photo was taken on Saturday, September 12 at 7:41, with my Canon EOS 5D Mark IV and a Canon 100-400 L IS USM II lens, at 400 mm, it is slightly cropped to reframe it, since in the end I did it Without a tripod and with the rush of the moment you have to look at many things and I left the frame at home …“. You will be interested to know that the shutter speed was 1/4000 second, he diaphragm ƒ8 and the ISO 800.

“I usually take this kind of photos with the moon —He tells us— and in June 2019 I proposed to my friend Alejandro Grau, skipper of the competition sailboat Slainte Sailing, to try to take a picture of his sailboat during the moonrise. It couldn’t have been that moon for technical reasons, and a few weeks ago, after seeing an image of my friend Juan Mendez from Lanzarote with a sailboat at sunset, I loved the result and it led me to consider trying it. “

The opportunity presented itself on Friday, September 11, 2020 when, “while I was driving to work watching the sun rise, it was clear to me that if the next day was the same, it would be the day“That is why he spoke with his friend Alejandro who”He quickly got to work with the preparation of the boat, I sent him the planning data – the photo would be taken from the San Antonio de Cullera Beach – with the times and the GPS coordinates where he should be located, about three kilometers from distance from the beach where we would be, so that the relative size of the sun was proportionate to the sailboat“.

Everything was thought out but, as often happens, there is always something that can go wrong … But in this case it was not like that: “What happened that morning … well, pure magic. It was one of those days when everything goes well. This type of photos at sea level are very likely to go wrong due to atmospheric conditions, haze, haze … it is usual that they prevent a clean rise of both the sun and the moon over the horizon. “ 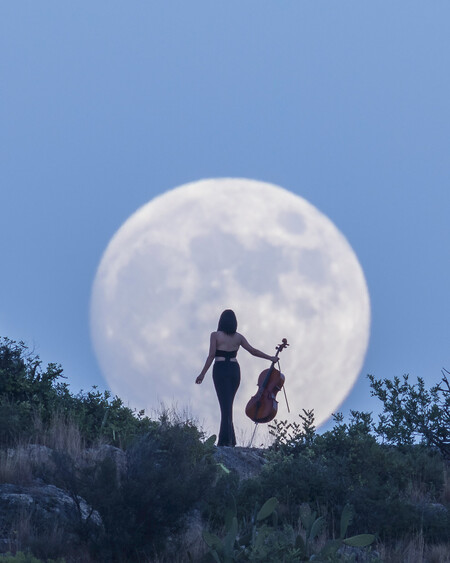 But in this case everything went according to plan: “the ship was in position, without stopping passing while we waited for the moment of departure. Moments of great tension when the time approaches since you cannot distinguish if the sky is totally clear on the horizon. When it started to come out, I let go of the camera from the tripod and ran for a few meters to align the boat with the sun as it rose so I could take a few different shots before it completely breached the horizon.“.

You see the result, but as we have already commented, it was undoubtedly fruit of careful planning of which we wanted to know more details. Toni himself tells us how “Many people think that these types of photos are Photoshop, which is otherwise normal, but I think it is because they do not know that one of the most important and fun parts of this type of photos is the whole process that it takes behind, since you imagine it With what you want to express, you carry out the planning, which also includes aspects such as visiting the locations beforehand, etc, etc, until the final execution, in which if it also goes well, because the experience is total. “ 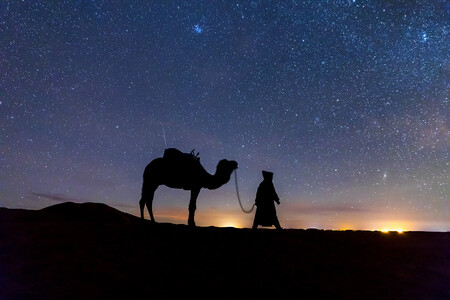 Held on January 4 at the Erg Chebbi in Morocco, next to the Algerian border. A shooting star of the Quadrantids can be seen just above the camel’s hump.

In this case, the use of the well-known Photopills app was decisive to know where the sun would rise and thus determine where the sailboat should be. But it is one thing to know that and another to be able to place the boat in the right place. For this she used her experience and a particular rule.

“In this type of photos we use what we call Rule of 100: I decide how far away I have to be from the subject, model, castle or in this case the ship, so that it has the relative size that I want“From there the rule says that”For every 100 meters away, the moon or sun will have an apparent size of one meter. ” 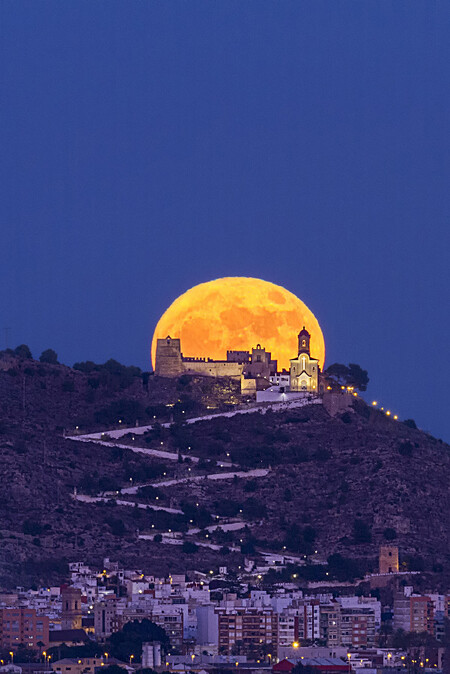 Super Moon of December 2017 rising behind the castle of Cullera.

“Therefore, if I know that the mast of the sailboat is 16 meters, placing it at about three kilometers, the sun will be of a relative size of about 30 meters, twice the size of the ship, which was what I wanted for both elements to stand out in the image alike“As far as the coordinates, the author tells us that “When I decide the distance, I mark that point with Photopills and the application tells me both the coordinates and the time when I have to take the shot, also based on the height of the sun, which is another parameter that I decide.“.

Undoubtedly a great job that has earned him the attention of NASA and, later, that of many generalist media that have been interested (like us) in history. Congratulations Toni for that great job and thank you very much for sharing it with us.

I present to you the light

Why was the Nikon 1 discontinued?

What is the best video editor for free?