in Photography Ideas
Reading Time: 10 mins read
A A

Lee Friedlander is one of the most prolific photographers of the 20th century. It has one of the most extensive and complex works of American artists. At just 28 years old, he participated in his first group exhibition at MoMA in New York. His style is based on pop art with the idea of ​​breaking traditional schemes. At the Mapfre Foundation in Madrid we can find out about his work until January 10, 2021.

Lee Friedlander (July 14, 1934) began photographing in high school. After graduating, he enrolled in the Art Center School of Design from Los Angeles but left him disenchanted by the level of the classes. Everything changed when he met the painter and photographer Alexander Kaminski, a key point in his training.

From then on he let himself be carried away by intuition armed with his Leica or now with his medium format camera. The key is to find a way to break the mold, to always offer something new that has never been done. Do something close to creative freedom only with the help of intuition and a camera. 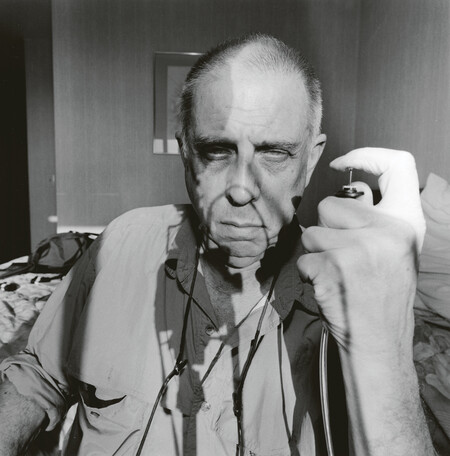 In the Fundación Mapfre exhibition, curated by Carlos Gollonet, we find a retrospective in chronological order of the author’s series. From the covers of jazz records to his beloved and revered books. We will also discover, among the 350 photos that make up the exhibition, various dialogues and associations between the author’s shots.

As is customary at the Mapfre Foundation, the copies of the exhibitions are vintage. They are original photographs made by the author from his 35 mm negatives from a Leica and from the medium format negatives from a Hasselblad with which he worked between 1990-2000.

The value is incalculable. We do not see an interpretation of a laboratory but the real vision of the photographer. This is how he wants them to pass to posterity. Neither lighter nor darker, with more or less masks. Friedlander’s vision is like this, above what we can see in his books or on the covers of the albums of Miles Davis or any other author of the mythical Atlantic Record. 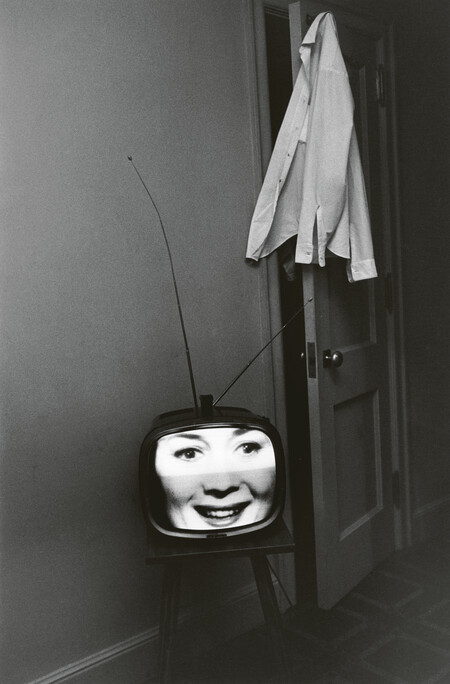 The exhibition is six decades of work. We started with a room dedicated to jazz records. Frontal portraits, chopped, recreating the strong overhead lighting that turned the musicians into gods. Perhaps it is his greatest contribution to the world of color.

Then we see his work in the sixties. His sources (sometime it will be necessary to write about the importance of sources) are, as in most cases, Walker Evans and Robert Frank. But like good creators it is not a copy. Create your own style in which you begin to photograph the banal to transform it into art. In a way we are seeing pop art, which emerged in those years in the US after absorbing everything that came from the UK.

Here we find the essence of Friedlander, the images that founded the myth. From the series Little Screens where it turns the incipient television into another element of society. Photograph the device in empty rooms, always on and with a face inside. Even Walker Evans commented for Harper’s Bazaar about the series of a photographer who until then only lived on album covers.

They are seemingly confused images, where nothing seems ordered, where everything seems to reflect chaos. But after reading the photograph correctly, everything makes sense. 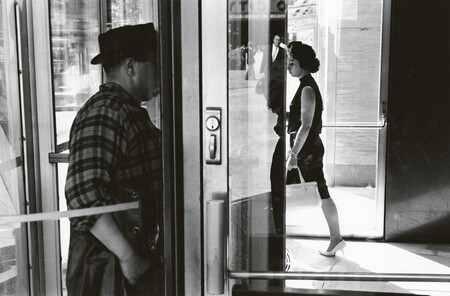 During the sixties he traveled with his family through Europe thanks to a Guggenheim scholarship. And she visited Spain, the two great capitals and the south through the province of Malaga. In this exhibition we can see some of the almost unpublished photographs that he took in these cities.

Another important section is the one dedicated to the world of portraiture. Break again with the conventions of this genre. Treat strangers in the same way as famous people. There are the portraits he made of his photographer friends like Diane Arbus or Walker Evans:

These faces are imprinted remnants of Friedlander’s brush with life, small fossil footprints, just as natural, without the many interventions caused by manual art.

The seventies and eighties

We are entering the seventies and eighties, in the era in which he softens his style, in which the copies lower the contrast and gain an immense range of gray. It is the moment of one of his most celebrated books, The american monument, where he captures the monuments of his country like never before. OR Factory Valleys, where he captured the lives of the workers. 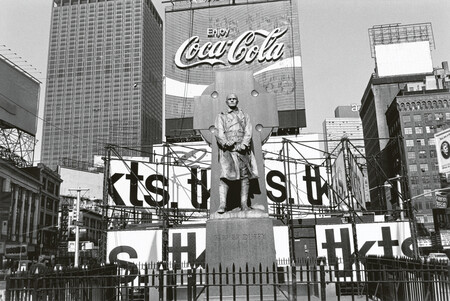 Run away from perfection and photograph as you breathe. They may be the result of the first thing you see when looking, away from the frames where the perfection of the monument is sought more than its integration with the environment. It is not about getting them pretty, but real.

It is not about getting them pretty, but real.

As they say, his vision does not correspond to the decisive moment of Cartier Bresson, where everything would fall apart after taking the photo. What matters in Friedlander’s photography is precise framing. This is the hallmark of the author and what should be studied in all schools.

If something of what we see were missing from his photographs, it would fall like a house of cards, like a bow when you take away the key. It is difficult to reach this state. And surely many will accuse him of photographing the chaos. But everything consists in knowing how to read the photograph.

From the nineties to the present

In those years he switched to the medium format to work in the Sonoran desert and get the detail to its last consequences. In principle I was only going to use it for this work entitled The desert seen but he continued with the Hasselblad Superwide. 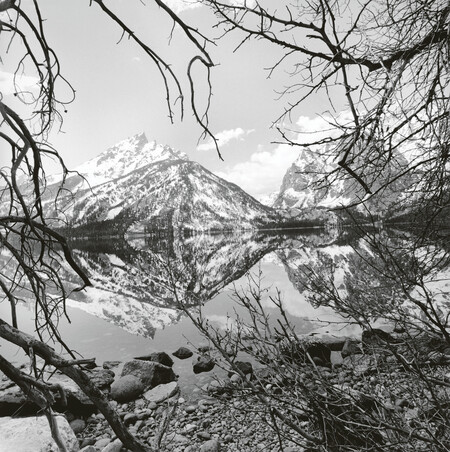 With this camera he again looked at his classic themes based on the American landscape. But seen from a social perspective, away from the tourist vision and full of meaning … His works, his series span more than ten years of work. It is not a chance encounter with reality. It is quite an interpretation that requires seeing your work with time.

Friedlander likes to search for visual metaphors that demand a close look. To do this, he incorporates a banal repertoire, creating confusing visual arguments that shake the viewer with a sense of irony derived from the juxtaposition of apparently unconnected objects or ideas. Their ingenious associations baffle us by connecting nonsense with identification

His work is endless. And in the exhibition we can get an idea of ​​the more than fifty books that he has published … As we say many times, we have no choice but to go to the exhibition and learn, with jazz music in the background, what this consists of. to photograph.

Diffuse or reflect your camera's built-in flash for less than 1€ in less than 2 minutes!

Is FHD better than 4K?

What are ethics examples?

Does Sony RX100 have Bluetooth?