The ethics of travel photography

in Photography Tips
Reading Time: 9 mins read
A A

When you go on a trip, you often have to photograph people in many different situations, and there are some more ethical questions to ask. And beyond that, it will directly influence the quality of your portraits: so let’s see what attitude to adopt while travelling.

This is a guest article by Fabrice, who has made several long-distance trips. This time he is in South America for more than a year. He recounts his travels on his blog Instinct Voyageur. A blog that allows him to finance his passion. You will find interviews, reflections, practical advice and good plans. He also offers Le Manifeste du Voyageur, a book of reflections on travel and nomadic life. So I’m giving him room for this article!

Like many, I came to the picture through the journey. It’s a way to capture, to bring fragments of the journey back with you. Photography allows you to freeze moments and encounters in time.

That said, there is a travel photo ethic. A behavior, limits to be respected. Who hasn’t sometimes seen travellers passing them, taking stolen photos without permission, behaving as if they were on safari? Throughout my travels, I have seen green and ripe steps, my feeling hesitating between shame and anger.

A matter of respect 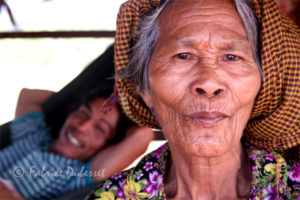 Basically, you have to ask permission. But not necessarily explicitly.

You’re being turned down? It’s okay, it’s part of the game. And then between us, you’ll very often get an agreement.

The problem for the one who asks is that sometimes the person will take an unnatural break. I really like street scenes like Willy Ronis, for example. Pictures taken on the spot. But it’s hardly possible if you ask permission.

I probably do less of this kind of photography when I’m traveling. I still sometimes take them, depending on the circumstances. If people are aware of it, I then approach them and talk to them with a smile. And of course I show them the picture. It is rare that the person is against it, at worst I erase it, which has hardly ever happened to me. It’s really all about feeling, circumstances and environment again.

In any case, take advantage of the benefits of digital technology to show the result! It’s always time for a nice exchange! It may happen that you are asked to send a paper print after a portrait. If you accept, don’t forget to do so when you return!

There are differences between peoples in relation to the photo. In India and Asia in general, people in general have little problem with photography. Sometimes they even ask for it! And besides, you will be surprised in some parts of Asia to be the target of local photographers. A good reverse experience 🙂

On the other hand, in Black Africa, it is sometimes difficult to take pictures, especially portraits. I remember in Mali I ended up at the police station because a Malian thought I’d taken his photo. But he was simply in the background in the distance… An extreme attitude, more motivated by the hope of making money from the passing tourist…

In South America, where I am now, the attitude seems to be somewhere in between.

This is an important part of the good conduct of the traveling photographer. Moreover, it is also an element of his safety. You will reduce your chances of being robbed.

Above all, contact with the local population will be more pleasant and natural. Avoid the big photo bags that are spotted two kilometres away. And please, avoid wandering the streets with your big reflex around your neck! An exception however for very touristic sites such as monuments.

Personally, I try to carry the camera in my backpack as much as possible. This makes it easier for you to make contact with the people around you. Engage in conversation, smile, and if you think you can make a good picture, then you can take out your camera and ask the model’s permission. Plus, in this case, the picture can only get better!

Of course, this requires time and contact. But that’s when you’ll make the best pictures. With as a bonus the memory of beautiful encounters. This will give even more added value and emotion to your photo.

The question of miserabilism

To take pictures of favelas, beggars or to abstain? A question subject to debate. I think what is most important is the approach and the state of mind. If it is a question of taking such raw photos, without context, without captions, without reflections, without putting things into perspective, it can indeed be more than debatable.

If not, why not. Moreover, why want to show only one side of a country’s reality? For me, there’s no need to be a journalist for that. The most important thing is to have that spirit.

Never pay for a photo 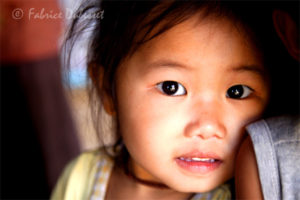 Sometimes there are two schools on this subject. I, for one, have never paid for a picture. Even if sometimes I was tempted by the possibility of making a beautiful portrait.

But here’s the thing, the gait’s no good. First of all, this is not the spirit of any humanist photographer. A photo can’t be bought for money. Secondly, if it does, the model often takes an unnatural break. Above all, you encourage this. Others will suffer after you. And then, it can have an impact on local life: children may prefer to be a model rather than go to school…

No, never pay for a picture. Resist!

I’ll end with a little story. We are in the city of Udaipur, in Rajasthan, India. I am sitting on the steps of a Hindu temple and I observe this Indian life which is a permanent spectacle.

I notice two western photographers. In their fifties, their approach is somewhat different. One is armed with two reflex cameras with large lenses hanging around his neck. His wife trots behind with the rest of the equipment. He takes a lot of pictures using only the big lens. His targets are Indian women, passers-by. He does everything from a distance without making contact, before or after. No smiles, no words.

The approach of the second one is different. He’s more discreet with his reflex in hand. Above all, he asks permission before taking a portrait. He smiles, shows the result, jokes for a moment with his models. He seeks contact. I feel much closer to him.

On my way back, I came across his name on PhotoShelter: a great name in travel photography: Art Wolfe.

You’ll have figured out who had the right approach…

3 reasons why a tripod will make you a better photographer

Will there be a Fuji xe4?