The last months we have lived will remain forever in our memoriesAnd also, due to the importance of what happened, they will be reflected in the history books, of course illustrated with images that try to reflect the difficult moments lived.

We have been teaching you different initiatives that have portrayed how we live quarantine, but only some photos will be part of the collections of the Madrid History Museum. The picture’IFEMA Field Hospital Bunker for TACS‘, of Clara Rodríguez Ruiz, will be one of them.

We already talked about Clara about this project, but if we told you then that she was a photographer and a journalism student, she now works as such in the digital newspaper Vozpopuli, for which she covered the entire quarantine. 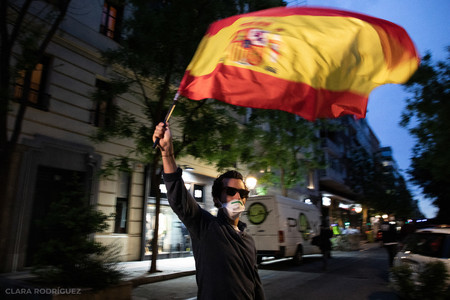 A man waves the flag of Spain in the pan organized against the Government in Núñez de Balboa.

In this medium it is “responsible for all multimedia: video, photography, graphics, design… and tells us that it was quite a challenge “to be able to combine all these fields and focus on giving a wide coverage of COVID. Data journalism, for example, has been one of the main branches of the profession that has most interested the public due to the nature of an epidemic and the importance of tracking numbers.”

But in addition to all this, Clara also had the opportunity to photojournalist during the pandemic (Although less than he would have liked, he confesses), even despite having to stay in the peak of the curve for two weeks in quarantine (for having been in contact with a positive person). Thus, he was able to portray with his camera some of the key moments of what happened. 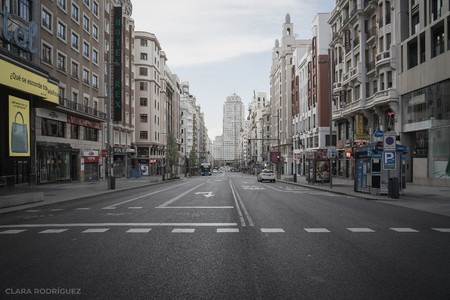 The Gran Vía in Madrid on the Sunday after the decree of the state of alarm and its consequent confinement of the population.

For example, some of the ones we show you, which show things like the empty center of Madrid, the ICU of a Madrid hospital, a homeless shelter, queues at social canteens, Madrid airport without passengers or even anti-government demonstrations in certain neighborhoods of Madrid.

But the photo that will remain forever in history was taken on one of his visits to one of the places that became a symbol of the fight against the pandemic: the IFEMA provisional hospital. Clara visited him twice and it was the second, on April 25, when he saw how they were beginning to dismantle some of the pavilions enabled for the sick. 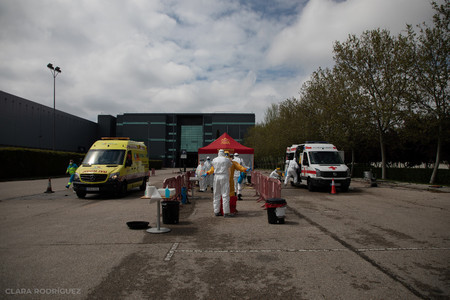 Restrooms disinfect other restrooms who come to IFEMA after caring for the sick in the ambulance.

“In fact, one of them no longer had patients and was disinfected, so we were allowed to wander through their hallways. In this pavilion, however, a UME bunker with the machine for TACs was still enabled. Several toilets entered the ward, dressed in PPE, and one of them was pushing a wheelchair with a patient to perform the CT scan. We were talking to one of the toilets and when I turned my eyes, I found the image” 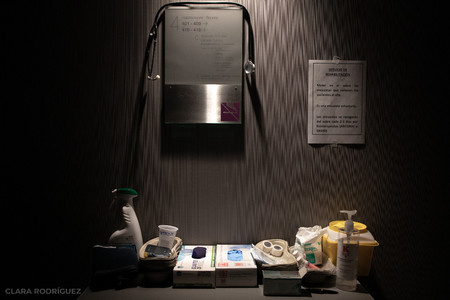 A stethoscope hangs on the sign indicating the rooms of the Ayre Colón medicalized hotel in Madrid.

This image was published in her newspaper, and when Clara learned that there was a contest to choose images that show how the quarantine had been lived in MadridHe decided to send it to participate (along with the photograph below). 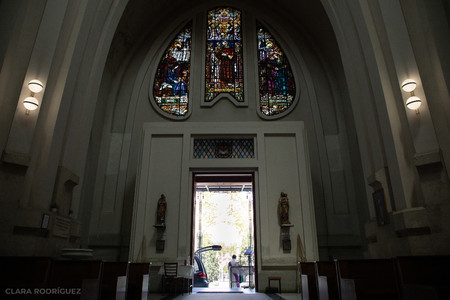 The deacon of the Almudena cemetery pronounces a burial at the door of the church.

The contest was called Madrid 2020, portrait of an unusual city and the ruling has already been published. Unfortunately Clara’s photo is not among the winners, but being chosen as a finalist is one of the 40 chosen to become part of the collections of the Madrid History Museum, within its photography collection, and will also form part of an exhibition that will be held at the municipal museum. 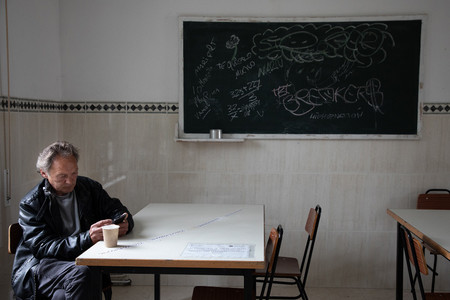 The deacon of the Almudena cemetery pronounces a burial at the door of the church.

Without a doubt, an honor for Clara who, yes, tells us that is still waiting for the Museum to contact her. In any case, we can only congratulate her for the photo and for her work, and thank you for having played it at such difficult times. 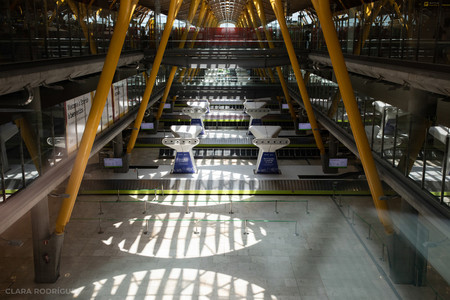 The baggage claim area of ​​the Adolfo Suárez-Barajas Airport is deserted.

What is the best picture format for websites?

Why is the D5 so expensive?

Are L lenses worth it?