Platon, one of the best Netflix photography documentaries to watch open

The Internet is a treasure. It is one of the best tools we have to investigate. And for photographers it is incredible. Our way of working has changed, our way of informing ourselves … But there is so much to look for that it is easy to get lost. This time We have seen the documentary ‘Abstract: The Art of Design. Platon: Photography ‘on his YouTube platform. The best way to know how one of the best portrait painters of today works.

Surely you have all seen the portraits of Platon on the covers of the most important international magazines in the world. His are the portraits of first world leaders. There are the last presidents of the United States, the most disturbing image of Vladimir Putin … He has his own style. You only need to see a portrait and you immediately recognize that it is his.

One of Netflix’s most interesting series is ‘Abstract: The art of design’. To tell what design, creativity is, Scott Dadich interviewed, in addition to Platon, the architect Bjarke Ingels, the illustrator Christoph Niemann, the shoe designer Tinker Hatfield … and some more. The series was so successful that it is already in the second season. 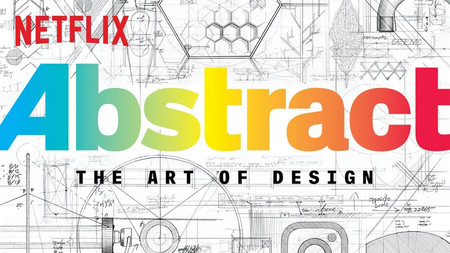 We photographers should be interested in all the chapters, of course. But we are going to focus on the life and work of Platon, who has nothing to do with the famous philosopher (although they share origins).

The documentary begins with photographs on a boat of a sailor. The camera he uses is a Leica reel, a small wonder that will surprise more than one. For his famous portraits he works with a Hasselblad and scan your negatives with one of the best scanners on the market.

His work caught the attention of young John Kennedy Jr. He hired him for his short-lived magazine. Then he passed by Vogue and ended up collaborating with Time magazine, with the excellent The New Yorker and he has even obtained a World Press Photo for his portrait of Russian President Vladimir Putin.

Its influences are clear. There’s Irving Penn, we also definitely see Richard Avedon. The strength of the gaze, the spotless white backgrounds … the work with the most important people in the world and with people on the street. But it brings its personal touch with the stylistic use of lighting and occasionally with the creative use of the wide angle.

Precisely one of his most remembered photographs is the one he took of US President Bill Clinton. The position of the character and the choice of wide angle leads us directly to the famous painting by Francisco de Goya de Godoy, in which the message about his real powers was very clear …

Frame of the documentary

In the documentary we are lucky to see how he prepares one of his portraits. One of the most important political figures in recent years in the United States, the Secretary of State during the George W. Bush administration. Seeing him work is one of the best classes that all of us who want to one day make a portrait that attracts attention can enjoy.

So for this weekend, if you haven’t seen it on Netflix yet, you have the opportunity to enjoy another good documentary to learn.

"In Malaga, capital of the Costa del Sol, the sixth Spanish city in number of inhabitants, which receives more than...

Oscar Maroto Seminario is the full name of the photographer who has a semi-hidden plaque in the Las Hoces del...

The camera that takes the best pictures

Becoming an Angel, with Francesca Woodman

How to use EXIF data to progress in photography?

The 5 REAL STARTER MISTAKES in pictures

The PERFECT photo does not exist