A Stalkers ‘Guide’, portraying the reality of current Chernobyl that we have not seen, by Darmon Richter

in Photography Ideas
Reading Time: 12 mins read
A A

“Ever since the first atomic bomb was dropped, humanity has been obsessed with the idea of ​​the nuclear apocalypse. That nightmare almost came true in 1986, when an accident at the USSR’s Chernobyl nuclear power plant triggered the world’s worst radiological crisis.“This is how it is presented. ‘Chernobyl: A Stalkers’ Guide‘, a photobook by the British writer and photographer Darmon richter where it shows us the reality of today’s Chernobyl. 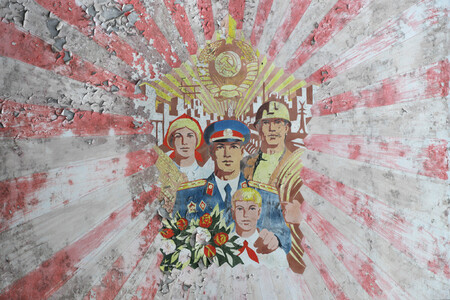 Mural on a residential building, Heroes of Stalingrad Street, Pripyat. This Socialist-realist mural depicts virtuous citizens (a farmer, a firefighter, a police officer, and a Young Pioneer) under a radiant Soviet crest.

And it is that, continues, “the events of that night are well documented, but the story didn’t stop there. Chernobyl, as a place, is still very much alive today. “ However, “As thousands of foreign visitors congregate around a handful of selected sites, beyond the tourist spots lies a wild and mysterious land the size of a small country. In the Chernobyl forests, historic village settlements and Soviet-era utopianism have been abandoned since the time of the disaster.“. 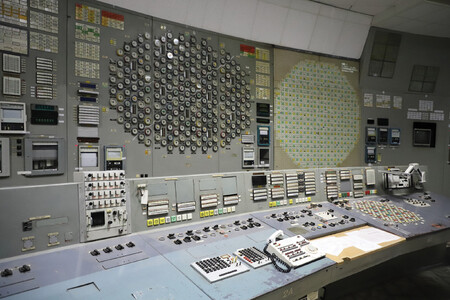 Control Room 3, Chernobyl Nuclear Power Plant. This room and the associated Reactor 3 remained in use until 1995 when they were put out of service following an agreement with the EU. Now, along with Reactors 1 and 2, it is undergoing a decommissioning process.

And all this is shown by Darmon through his photographs, taken in numerous visits to the exclusion zone that he carried out over seven years, including places that tourists do not go and forbidden places. And he tells us about it, including in his story the experiences of engineers, scientists, policemen and people evacuated from the area who know what happened there and how it is currently. 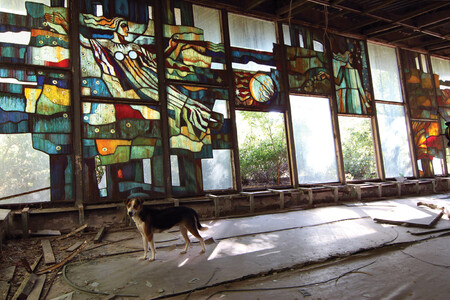 Pripyat Café. This building and its striking stained-glass windows are currently being preserved by a privately funded project. The city is still home to numerous stray dogs, descendents of pets left by evacuees, who are often fed by tourists.

The result is a book that is now available and that promises “venture deeper than any other previously published account“on the subject, including photographs like the ones you are seeing that certainly attract attention. And they do it because go beyond typical tabloid images of gas masks, abandoned toy dolls, and the everlasting Ferris wheel of Pripyat that we have all seen thousands of times since tourism began to massify the area. 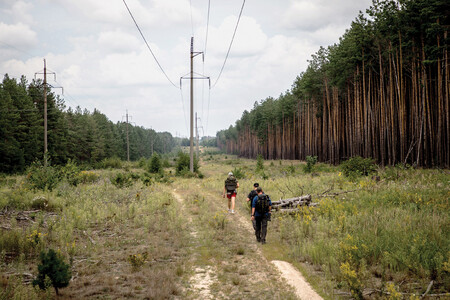 Logging track, Chernobyl Exclusion Zone. Illegal visitors to the Zone typically prefer these remote paths, rather than the main roads which are frequented by police patrols and tour buses.

His photos show scenes manipulated by the tourists themselves (such as the ‘still life’ that you have seen on the cover) and very little frequented places, evacuated regions of Ukraine and Belarus in which there are Forgotten ghost towns and Soviet monuments lost deep inside of forests contaminated by radiation. 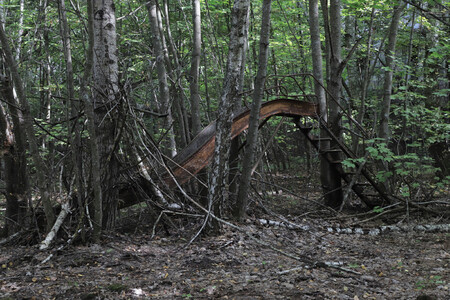 Playground near Pripyat Middle School No.3. Each microdistrict had its own shops and recreation facilities.

Interestingly, Darmon Richter confesses that “had no interest in photography before 2011 and started taking pictures only “refresh your own memory“What he did have was”a particular fascination for ideological architecture“Obviously the two have a lot in common, so they soon merged and the author got hooked on this art, bought his first “serious camera” and turned to it, making his photos appear in such prestigious media as The Guardian, BBC, The Telegraph, The Wall Street Journal or The New York Post. 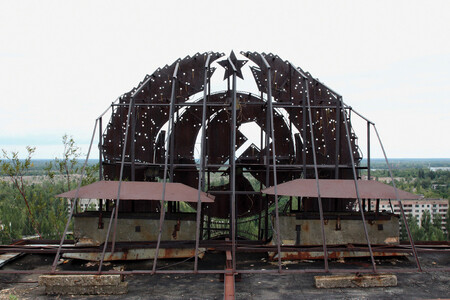 Rooftops, central Pripyat. The back of the hammer-and-sickle emblem from the tower block roof. This symbol would have been brightly lit at night. 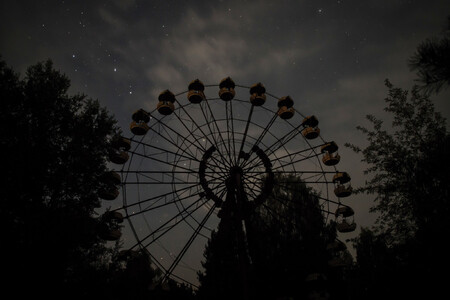 Ferris Wheel, Pripyat. Though the city was evacuated before its official May Day opening ceremony, the wheel saw occasional use before the disaster, contrary to popular belief. 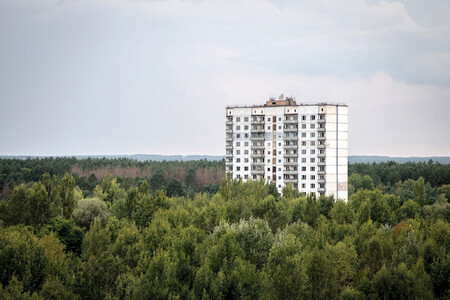 Residential building, Pripyat outskirts. The city is completely enveloped in a dense blanket of forest, blurring its former perimeters. 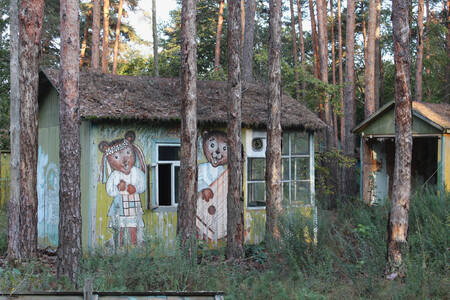 Izumrudniy ‘(‘ Emerald ‘) Holiday Camp, near Chornobyl. Once a popular spot for summer holiday breaks, these rustic wooden chalets, painted with characters from cartoons and fairy tales, were completely destroyed by forest fires in April 2020. 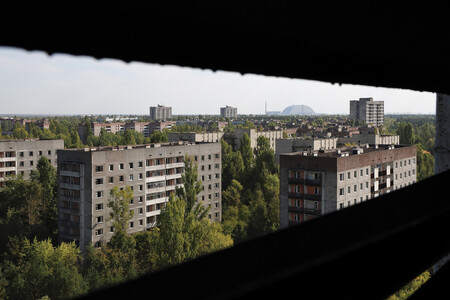 Pripyat rooftops, view through a ventilation slot in the roof space of a residential tower block. The power plant, complete with the New Arch, can be seen on the horizon. 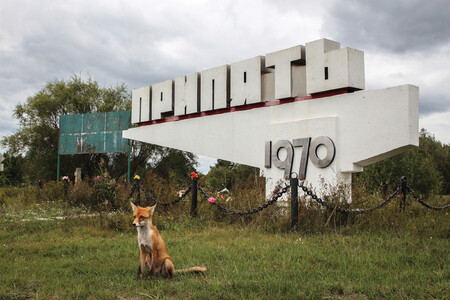 A tame fox poses in front of the sign pointing the way to Pripyat from the Chernobyl Nuclear Power Plant. 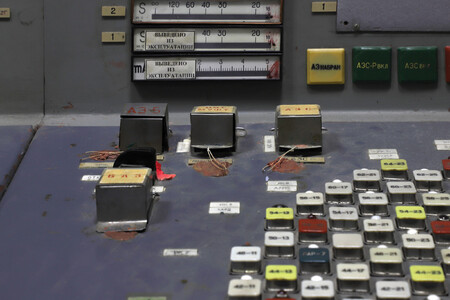 202: Control Room 3. The top left of these cube-shaped shielded buttons marked A3-5 – or ‘AZ-5’ – was the ‘scram’ kill switch. This manually operated control would immediately terminate the fission reaction by inserting all the control rods at once. In neighboring Control Room 4, on 26 April 1986 at 1.23.40am, this switch was flicked and a malfunction occurred, causing the meltdown. 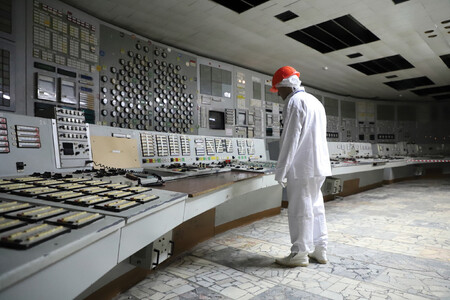 Control Room 2, Chernobyl Nuclear Power Plant. A tourist studies the consoles, decommissioned after a fire in 1991. The controls are no longer operational and occasionally plant employees will allow visitors to push buttons and switches.

'Christmas on the Balconies', expressing the Christmas spirit from a safe distance (on balconies, terraces and windows), by Adas Vasiliauskas

10 questions to ask yourself before taking a picture

Do photographers use lens hoods?

What camera do most photographers use?

What is the sharpest 35mm lens?

Will there be a Panasonic GH6?