Photography phrases allow us to better understand the spirit of that fascinating world, so technical and artistic at the same time.

Photography has been so important in world history that it also left its mark not only through images but also through words. Therefore, in this article we have compiled more than 40 photography phrases that will inspire you to take your inner artist.

Ansel Adams, Robert Capa, Berenice Abbott and Elliott herwitt are some of the professionals who reflected their work, in memorable words. Do you want to know some phrases of famous photographers?

Read this list to the end and be inspired! Bonus: we also bring you some images with photography phrases in English and Spanish. 📸

The French scientist Nicéphore Niepce recorded, in 1824, what became known as the first photograph in the world. From there, the photographic industry did not stop growing and, with it, great exponents emerged.

They not only left incredible images as a legacy, but also expressed themselves through words. In the following list, we take you through his perceptions of art through photography phrases. Can you come with us?

Endre Ernő Friedmann and Gerda Taro were a couple of war photographers and photojournalists During the 20th century they worked under the common name of Robert Capa. These were his most famous photography phrases:

1. “If your photos are not good enough it is because you are not close enough.”

2. “You don’t need to resort to tricks to take photos. You don’t have to pose anyone for the camera. The photos are there, waiting for you to take them. The truth is the best photography, the best propaganda ”. 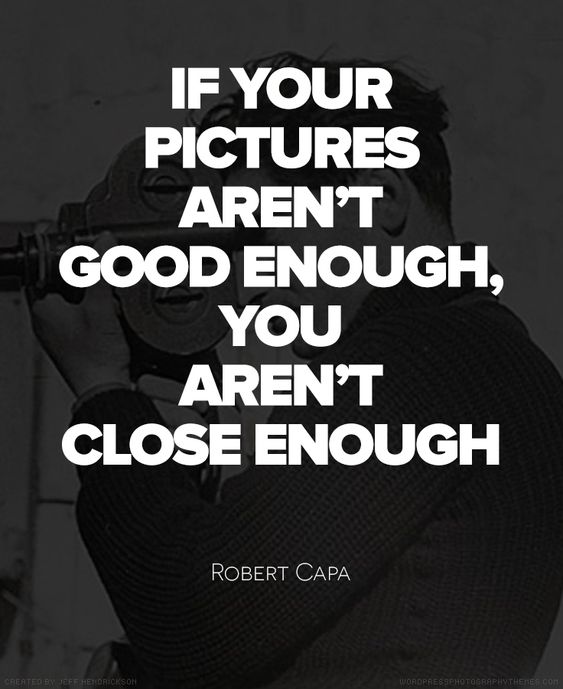 Berenice Abbott was a documentary photographer from the United States, part of the direct photographyBorn in 1898, she knew how to portray life not only in images, but also in words. These were his best phrases about photography:

3. “Photography can only represent the present. Once photographed, the subject becomes part of the past ”.

4. “I took photography like a duck to water. I never wanted to do anything else. The enthusiasm on the subject is the voltage that pushes me over the mountain of servitude necessary to produce the final photograph ”.

5. “The photographer is the contemporary being par excellence; through his gaze, he now becomes past ”.

6. “Photography is the appropriate medium to recreate the now, the living world of our days.”

7. “Photography (if it is honest and direct) should be related to contemporary life, with the pulse of today.”

8. “The challenge for me has been in the first place, to see things as they are, be it a portrait, a city street, or a ball. In a word, I have tried to be objective. I am not referring to the objectivity of a machine, but to that of a sensitive human being with his mysterious and personal criteria. The second challenge has been to impose order on the things I see, to provide the visual context and the intellectual framework, which for me is the art of photography ”. 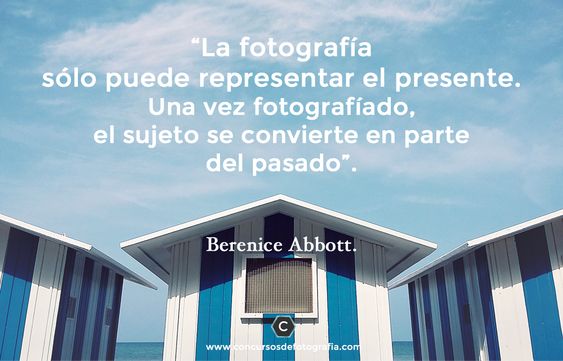 Ansel Adams was an American photographer born in 1902. His main legacy is to have been the developer of the zone system, together with Fred Archer. Also, he left some thoughts that later became very famous:

9. “Photography, as a powerful medium of expression and communications, offers an infinite variety of opinions, interpretations and performances”.

10. “The most important component of a camera is behind it.”

11. “Photography is more than a means for the effective communication of ideas. It is a creative art ”.

12. “There is nothing worse than the sharp image of a fuzzy concept.”

13. “In my mind’s eye, I visualize a detail. The view and the sensation will appear in a print. If it turns me on, there is a good chance it will take a good picture. It is an intuitive sense, a capacity that comes from a lot of practice ”.

14. “A good photograph is obtained by knowing where to stand.”

16. “There are always two people in each painting: the photographer and the viewer.”

Henri Cartier-Besson is regarded as one of the most influential people 20th century. He was a French photographer, known to many as the father of the technique of photojournalism. He left not only portraits of key moments in history, but also famous photography phrases:

17. “The camera is a sketchbook, an instrument for intuition and spontaneity.”

18. “Photography is, at the same moment, the simultaneous recognition of the significance of a fact and the rigorous organization of visually perceived forms that express and signify that fact.”

20. “The photographer cannot be a passive spectator, he cannot be really lucid if he is not involved in the event.”

21. “To photograph is to place the head, the eye and the heart on the same axis.” 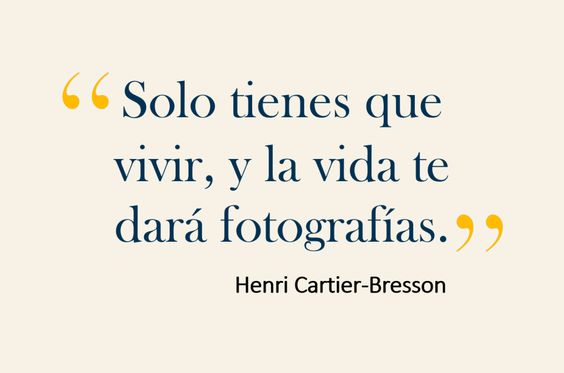 Manuel Álvarez Bravo was a cinematographer and one of the photographers mexicans most famous. He is known for capturing in his art, the scenery and the people from that country. His most famous photography phrases were:

24. “If the impossible has not yet been achieved, we have not done our duty.”

Imogen Cunningham was a photographer from the United States, who oriented her work towards the nature and the portrait. His most famous photography phrase is:

25. “Which of my photos is my favorite photograph? One that I am going to do tomorrow”.

Diane Arbus was one of the most iconic photographers of the 20th century, known for her unconventional portraits. Although several photography phrases of his authorship were known, this is one of the most representative of his personality:

26. “If I was only motivated by curiosity, it would be difficult to tell someone: ‘I want to go to your house so that you can talk to me and tell me the story of your life.’ People would say, ‘She’s nuts.’ Furthermore, he would be on guard. But the camera is a kind of license. A lot of people want that much attention paid to it, and it is also a reasonable kind of attention. ” 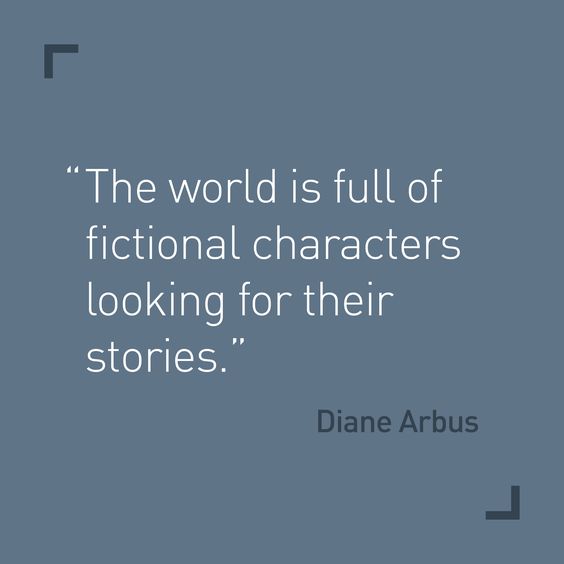 Richard Avedon was a recognized fashion photographer from the United States. His famous photography phrases still resonate in the world:

27. “Through my photography I can speak in a more intricate and profound way than through words.”

28. “My portraits are more about me than they are about the people I photograph.”

29. “I want to make portraits as intense as people.”

Giles Duley is a renowned English documentary photographer and writer. He is CEO of the NGO Legacy of War Foundation and activist for the rights of people with disabilities caused by wars. This is one of his best photography phrases:

30. “And if they ever write my epitaph, I hope they don’t say about me that I lost three limbs, but simply that Giles Duley was a photographer. Because that’s what I am ”.

Renowned worldwide for being responsible for the photo of the kiss in Times Square, Eisenstaedt was a German-American photographer, photojournalist, and photography theorist.

31. “The most important thing is not the camera, but the eye.”

32. “It is more important to click with people than with the camera.” 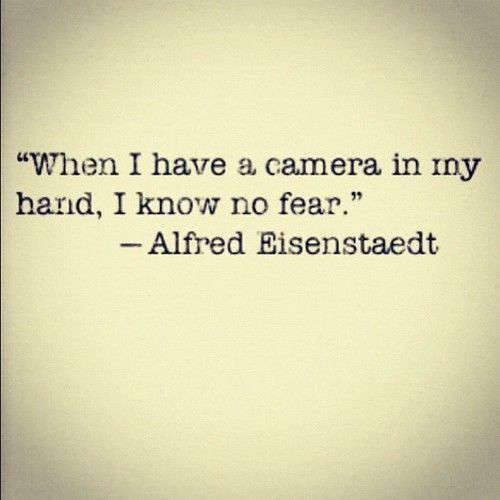 Are you planning to sell your photos online? This free guide will help you do it! 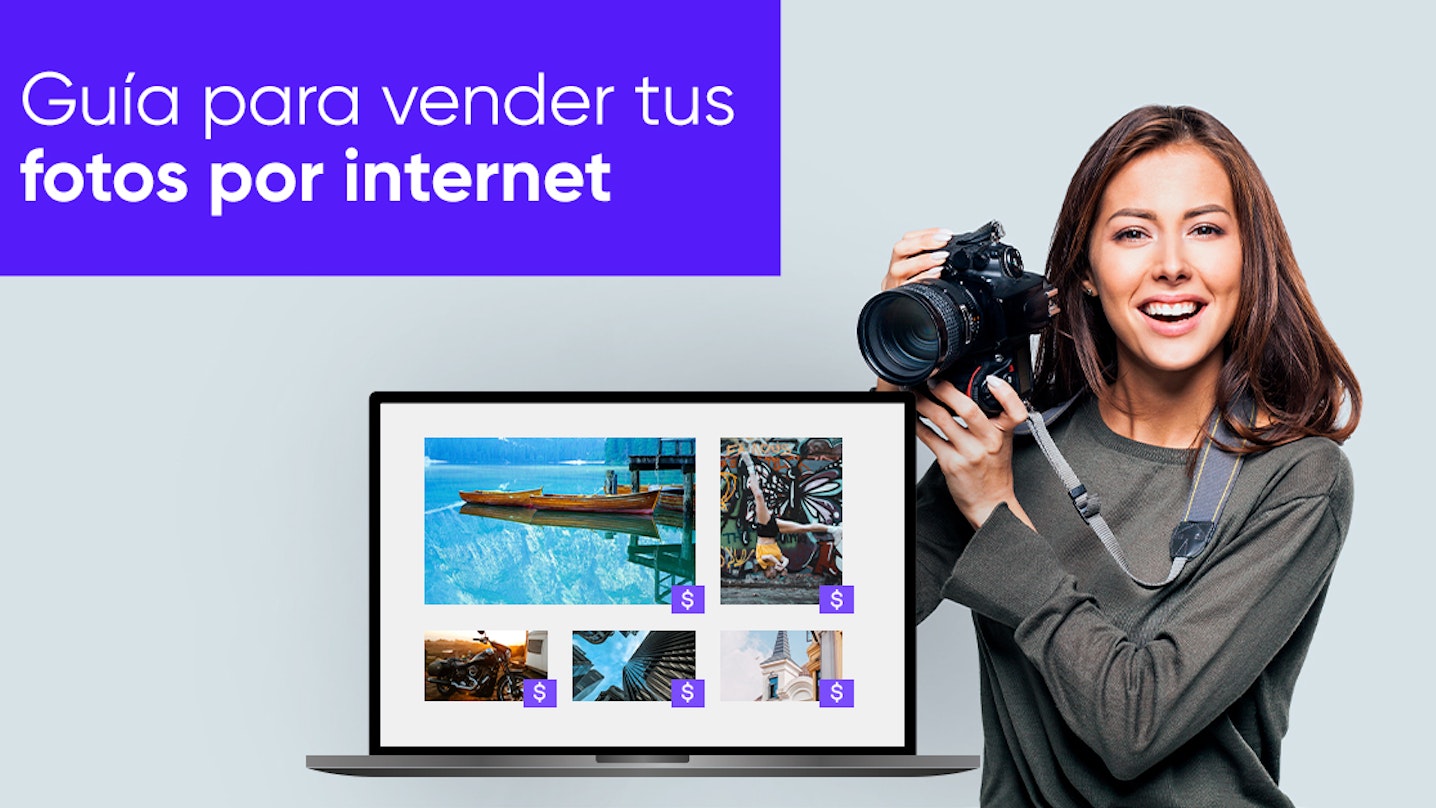 The main elements of the photograph are the camera, the object or subject to be photographed, the light and the photographer. Some famous photography phrases were also created on this set of elements. Do we see them?

33. “I am always chasing the light. Light makes the ordinary magical ”. Trent parke

34. “The most important element in a photograph cannot be defined.” Auguste Renoir

35. “What people do you like to photograph?” My answer is “those that I love, those that I admire, and those that hate me.” Arnold newman

If you are starting in this field and you are interested in knowing more about the elements and composition of a photograph, take a look at the Fundamentals of Digital Photography course.

How do photographers feel about themselves? How are they described? Some of the most famous photography phrases talk about the skills of a photographer, their difficulties and their challenges. Here is a selection of them:

36. “Ability in photography is acquired with practice, and not buying” Percy W. Harris

37. “The important thing is not how the photographer looks at the world, but his intimate relationship with it.” Antoine D’Agata

38. “Photography is a struggle. The enemy is time and you win when you manage to freeze it at the right time, preventing something that talks about you and what is happening from dying and disappearing forever ”. Cristina Garcia Rodero

39. “I didn’t write the rules, why would I have to follow them?” Eugene smith 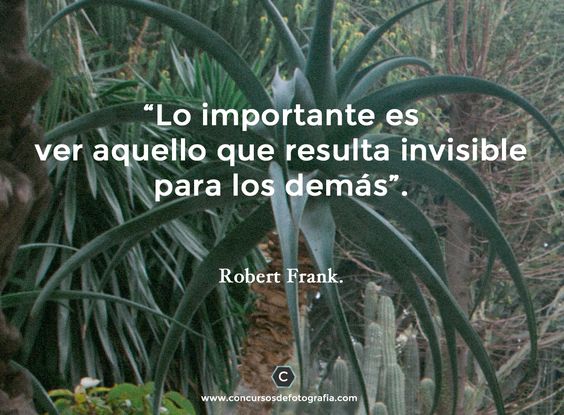 No matter the type of photography you take, all your creations must convey something: emotions, feelings, ideas. About it, there are also some famous quotes from photographers:

40. “The great thing about photographs is that they can produce emotionally-provoking images based on a single theme.” Brassai

41. “When people look at my photographs I want them to feel the same as when they read a line from a poem for the second time.” Robert frank

42. “In order to shoot a photo I need to get excited.” Cristina Garcia Rodero

43. “Seeing is not enough, you have to feel what you are photographing.” André Kertesz

And if you need short and direct inspiration, then the following photography phrases are for you. This selection says it all, in a nutshell:

44. “Character, like photography, is revealed in the dark.” Yousuf karsh

45. “A photograph must be pleasant, happy and beautiful. There are already a lot of boring things in life ”. Auguste Renoir

46. ​​”Photography is the only language that can be understood and understood throughout the world.” Bruno barbey

47. “When I’m taking photos, what I’m really doing is looking for answers to things.” Wynn bullock 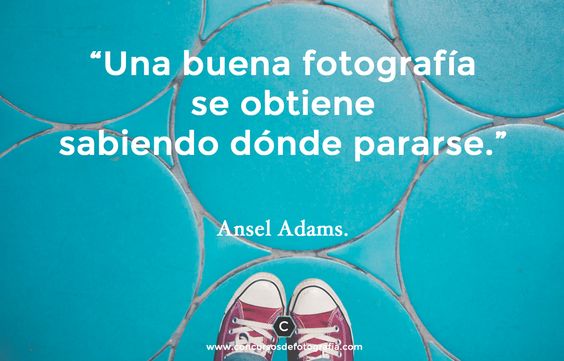 And finally, our favorite quote. One of the photography and travel phrases that we like the most, said by the photojournalist Steve McCurry:

48. “My life is shaped by the urgent need to travel and observe, and my camera is my passport.”

As you may have seen, a photographer has the power not only to reflect moments of life in images, but also to leave their legacy in words. Have you already selected your favorite photography phrases?

Before you go: don’t forget to check out the free tools for photographers we have for you. See you in the next article! 🚀

💥 What is the flare effect? Make the most of the sparkles

home > Blog > Photography > How to give sparkles of light to your photographs? Discover the flare effect How...

home > Blog > Photography > Law of reciprocity: master the light that enters through your camera's sensor Law of...

‘Bodyscapes’, when the human body becomes the ideal setting to recreate landscapes or everyday scenes, by Allan Teger

"I never intended to take nude photos, rather I wanted to offer the opportunity to see things differently: to play...

How to publish your photos, image rights for photographers, the ultimate guide – 7

The different Lightroom Classic overviews and how to use them